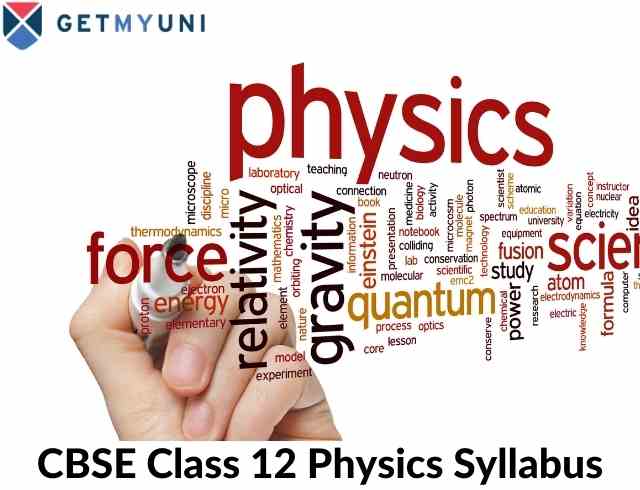 Physics as a subject is one of the most important subjects for a student who wants to appear for various entrance examinations like IIT JEE, NEET etc. Students must be aware of the CBSE Class 12 Physics Syllabus to fully prepare for board exams as well as the entrance exams. To score better marks, students must have an in-depth knowledge of the concepts and practice as vigorously as they can. Also, they must ensure that they have covered and practised all the chapters.

On 7th July, the HRD Minister Ramesh Nishank announced to reduce the CBSE syllabus to 30% for the academic year because of the pandemic. We have curated the detailed CBSE Class 12 Physics Syllabus for students convenience and preparation.

The CBSE Class 12 Physics exam is divided into practical and theory exam. Theory exam will be conducted for 70 marks whereas the practical exams will be for 30 marks. The duration of the examination will be 3 hours. Therefore, we have curated a chapter-wise marking scheme for students to cover the chapters in a right order.

Below is the chapter wise details of the CBSE Class 12 Physics Syllabus with number of periods included, for students to prepare for the Class 12 board exams.

Please complete the steps to help our experts guide you get right career.

Plan your career with us. Stay Connected with Getmyuni & Make a Difference to Your Education!

Thank you for your interest

Get suggested colleges and free counseling.

Please leave your information to get the best suggested colleges and free counseling.